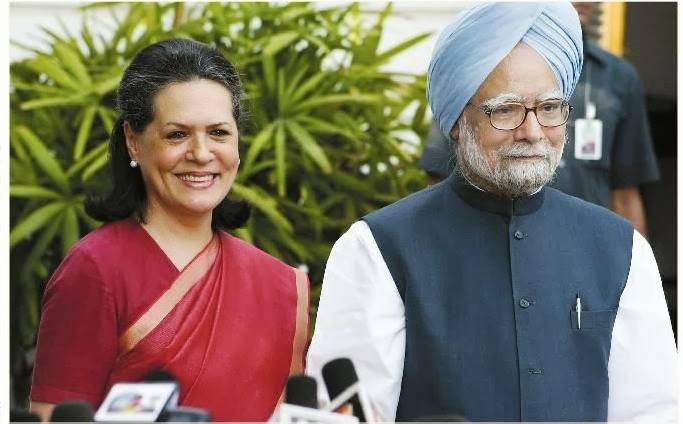 Our Prime Minister Manmohan Singh has faced a lot of flak in his tenure. What is worse is that he always deserved more. But in any case, in the recent times the entire political scenario in India is changing in strange ways. For example the PM's decision is rubbished by Rahul Gandhi - the powerhouse of the same party that our PM belongs to!

Political compulsions can be understood. But this aggressive turn of events had pitched Rahul Gandhi face to face with Mr. Singh. One represents the party, while the other represents ...well - God knows what. The situation is tricky because the decision to allow criminals to run for politics was taken by the party. The same party that Rahul (practically) leads. Following the lines the Government decided to act. The Supreme Court play spoilsport by declaring it unconstitutional. But Congress was determined to let criminals be political masters. So they decided to go for the temporary but valid Ordinance route. PM Singh and his Cabinet shared a snack of relief after the Ordinance was sent to the President for approval. And then Rahul dropped the bomb saying that the Ordinance of the Government is 'nonsense' and should be 'torn apart'! That must have been a facepalm moment for the party. First of all, no one expected Rahul to speak with such force. Secondly the party going against the Government was unthinkable especially in cases of votebank politics.

So in the end the result looks simple. The party is being led by the righteous Rahul Gandhi and the old corrupt inefficient PM Manmohan Singh is supporting the Ordinance to let crooks rule! I just hope he ain't just a sacrificial lamb to project Rahul as an honest and powerful candidate to oppose the irresistible juggernaut of Narendra Modi.

The Crow from Pakistan

By Sarthak Ganguly November 16, 2012
Crows are black in color. They look pretty alike don't they? Unless of course there is some distinguishing mark in them like, a damaged beak, or a blind eye or something like that. Surprisingly the crow I am talking about looks pretty Indian. The same beak, the same black feathers, similar prejudices, same habits, same way of living. He had just flown across Lahore over the fence by South of Wagah to the wheatfields to the south west of Amritsar. The tresspassing crow was hungry and had started feeding on Indian wheat. I wonder where he will defecate. Was Pakistani crow shit considered bombing when the food is Indian? I didn't know. I pressed my binoculars close to my eyes and wait but my hands are aching. So I took out my tripod, keep the tea plate on top of it and rested my hands on it. Then I again held my binoculars and focused the crow. The crow was dutifully eating the wheat grains as if that was the only thing he was born for this purpose only. This continued for around
1 comment
Read more