My Trip To Home

By sarthakganguly October 06, 2013
Coming home is always a special affair and rightly so. Everytime I come home, I feel great. This time I chose a slightly different route than the one that I usually take. Actually it was my Dad's idea. He said that instead of spending a lot on moving from Bangalore to Kolkata directly by air, I can move to Chennai by train and take a flight from there. It actually saved me around Rs. 6000!

After somehow doing my work at office I left for the railway station - the Bangalore City Junction. After a sleepy ride to the station in a crowded AC bus I reached the Majectic Bus Stand. From there I got some help from a fellow passenger to identify the road to the railway station. 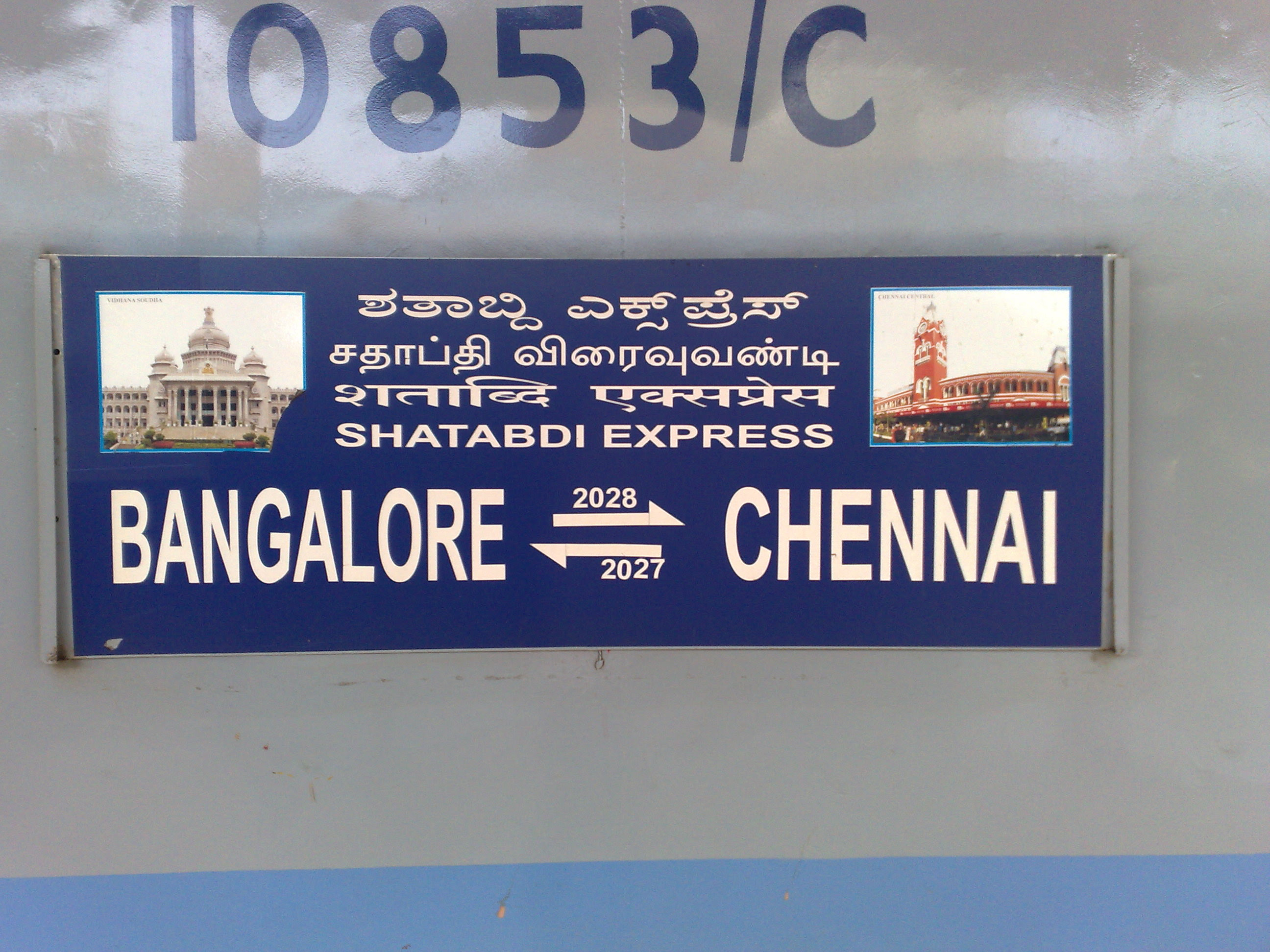 The station was great. Though initially I was scared that I might not make it in time, I was relieved to find out that I was about a couple of hours before time! So I had a sandwich that sucked. Then after sometime I went to a eatery and had Veg Biriyani. They served it on a banana leaf! That was great. Rest of the time I spent in the AC Waiting room reading a chapter of the Computer Networks.

The train came to the station sharp at 10:00 PM. As soon as it came I grabbed a bottle of water from the store and boarded. The arrangement was nice - got a couple of bedsheets, a cover, a pillow and curtains to have some privacy of my own. I got my laptop and started playing some games! At 10:40 it left the station sharp on time. At about 1 I went off to sleep.

When I woke up I the train was already in the Chennai Central Railway station. The station looked just like any other old metro stations that are strewn all over the breadth of India and Pakistan. As soon as I got out I was 'invited' into a shabby taxi that took me to the Chennai International Airport in about 45 minutes. Too bad I spent the same amount of money coming from Bangalore to Chennai as I did from the station to the airport. But you gotta end up a loser while you are travelling alone at that too in the very early morning of around 4:30 AM. Yes, the train arrived before time - 10 minutes at least to be sure.

All the way I noticed a striking difference between the way Chennai and Bangalore looked. I have always said that Bangalore as a city has no life. Chennai looked like a mummy in comparison. The journey from the station to the airport was dark. The roads stank of stagnation. Though all that perception was perhaps because the Sun was not up yet. But I hoped it would look a little more inviting. It looked somewhat similar to the Kolkata of the 1980s. Never mind that I did not exist in the 80s!

The Chennai International Airport looked almost exactly like the Bangalore Airport. The same structural design and the roads and even the placement of the stalls. I got my luggage checked and got my boarding pass. I arrived at around 5:20 AM. I had to wait for around a couple of hours(or so I thought). My flight was to leave at 8:10 AM.

I had my breakfast. That was a highly overpriced sandwich that had practically nothing inside and still managed to cost about a couple of USD! Then I dozed of for a few minutes, almost checkout the pages of the 'Madras Marxist Rag'! Around the time it was 7:30 I went in for the check in. Too bad the check in was almost complete and the time 7:30 was actually for the final boarding call. For the first time in my life I heard the 'Sarthak Ganguly - you are requested to come to Gate number 9 for boarding immediately...this is the last call...I repeat....'. I did as I was told. When I reached the line I saw a huge queue, and I was almost at the last. We got into the plane from there via a Skywalk and got my window seat. As the plane lifted itself into the sky I drifted off to sleep! When I woke up I had almost arrived. That was convenient. While in the Netaji Subhas Chandra International Airport, I met a college friend of mine. We went to the bus stand nearby. I got into a bus for Tollygunge, from there took an auto and reached home.