By sarthakganguly July 17, 2018
Karnavati is one of the oldest cities of Indian state of Gujarat. You may recognise it as the city of Ahmedabad.

Over the past few weeks I have been traveling to Karnavati on weekends. My brother had a minor mishap. He tore a few ligaments in his leg while playing football. The doctor suggested that he may need to have a surgery to fix it. The very next day my mother landed in the city to take care of him. Ahmedabad is less than 500 km from Mumbai. I could not miss it.

So I did not. For the past month, I have travelled back and forth on every single weekend. I usually prefer the train. One, because it is cheaper than a flight (though not much) and second, because I can sleep comfortably. There are a lot of trains that ply between Mumbai and Karnavati. Duronto are the best. 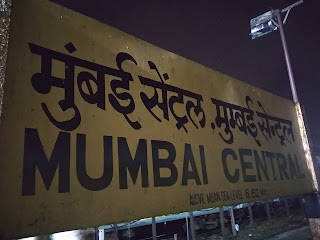 Weather in Gujarat is oppressive. You have got good food, good roads, electricity and so on. But the weather makes anyone look forward to greener pastures (literally). The temperatures soar up to near 50s and it’s dry as hell. Air conditioned rooms are almost a necessity.

Mid June to mid July was no different. It was terribly hot. We were all holed up in our rooms all day. My dad flew in too. I heard horror stories of loo blowing way into the night. This must have gone on for almost a month till the middle of July. 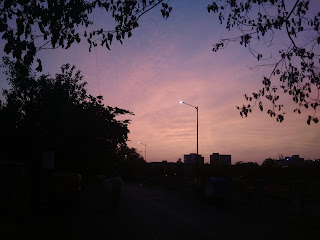 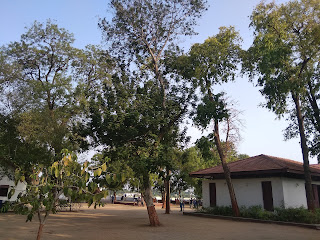 The first rains hit in the first week of July. It was not much. But it was enough. Those living in more temperate zones will not be easily able to understand or comprehend the relief. As soon as it began to drizzle, the doors and windows of all houses opened. Many households own peacocks. They came out into the courtyards. People of all ages followed. First the children, followed by their parents. Even the elderly cherished the first drops that fell on their foreheads. People, dogs, birds - all welcomed the onset of the monsoon. Summer was over.

Gujarat (and parts of Maharashtra) greatly change after the rains. This is true for most areas that are dry. The yellow vegetation turns green, the skies turn blue or grey, the contrast increases and colors in general become more prominent. People become happier, animals turn more playful, birds chirp more and so on. The difference is very evident. Having spent most of my life living in West Bengal, Mumbai or Bangalore, I had never witnessed this in such great detail. But I am glad I did in Karnavati. It almost makes you think that the summer served its purpose in pointing it out to me. And many more like me.